According to Romaine Brooks she never laid aside her brushes. In her audio interview from 1968 she was dismayed that McAvoy had painted her in a background that show her with dried up brushes and a pallet. She said emphatically that he had not shown her glass table that she used as a pallet which implied that she was not painting any more. By implication this suggest that she was still actively making act at the time he painted her.

So for those of you reading Wiki I am in the process of updating the errors in it. It is a work in progress. It was her intention to paint him but he never was available long enough to sit for her. So she painted Duke Umberto Strozzi at the age of 87 in 1961. 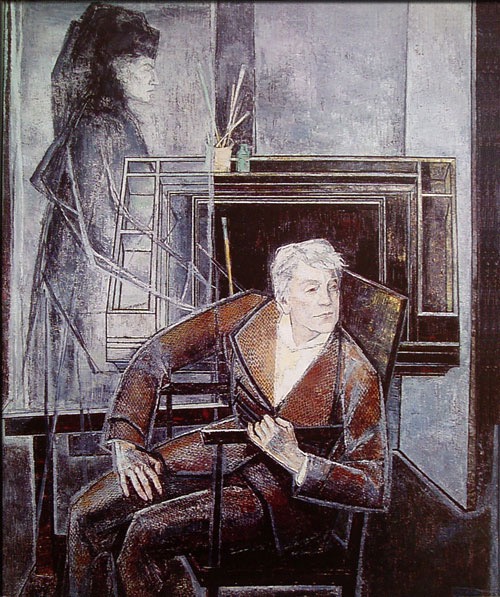